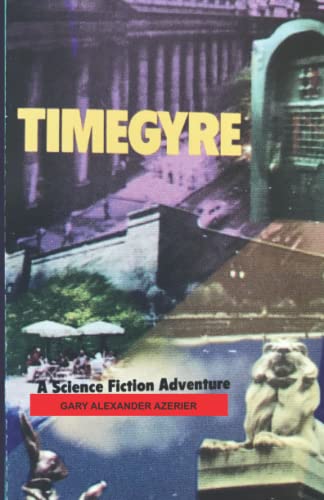 Reading this book is like reliving your childhood as an adult. This is a tribute to an indomitable work.

Gary Alexander Azerier has put together a sophisticated and unique approach to Lewis Carroll’s so-called nonsense poem “Jabberwocky.”   Within these pages, the reader will find what appears to be a sensible re-telling of this famous gem of a poem.

The work involved in writing this is astounding.  Azerier credits his wife for assisting him with the editing, etc.

To tackle such an iconic piece takes much skill and stamina in the writing world.  First, Azerier begins with the infamous tea party.  Then the next chapter meets up with a doctor, and so on.  It isn’t really necessary to read or re-read “Jabberwocky” in order to enjoy this book.  However, I think I probably will want to do that again soon to compare the two!

Inspiration comes in many forms.  It is entirely entertaining for an author to re-invent, so to speak, such an iconic literary piece.

From “The Lions”:
“The long third floor corridor was both lovely and eerie in the faint
night light that filtered through to that dignified hallway. But most notable
perhaps was the brittle stillness that pervaded the hall’s essence from
one end to the other. This time, however, the pair of night invaders did
not walk to the hall’s far end, by which way they had come. Timothy
had said he felt it would be better if they had exited the hallowed premises
through the front, before the waiting lions. So the two men began a
slow descent of the main, central marble staircase. Neither Solly nor
Timothy were aware of how prescient Timothy’s remark regarding the
waiting lions was.”

Azerier knows how to wield his storytelling.  His prose achieves excitement and emotion.  It is quite compelling!

The tone is involving and evolving.  You will feel like you are part of the story and the character’s lives as you read along.

This is undoubtably a new kind of prose.  It’s a mashup that delivers a startlingly original voice that’s almost perfect.

Reading this book is like reliving your childhood as an adult.  This is a tribute to an indomitable work.

It’s also a respite in these universal unsettling times.  And it’s a long view of life that shows there’s more to it, sometimes, than simply being human.

This book is written from the point of view of a spy. It’s like an insider’s take on a behind the scenes look at how it might be to live this way in this described future.

In Quest of Mystery by John Clark Smith

The chapters are linked by music. The book is a blend of historical fiction and literary fiction with a poetical end.

This book tells the tale of the journey of a young doctor trying to find his place in the world. The author in his preface states “The white coat is touched by multiple shadows of love, affection, deceit and rejection.” Thus, he invites readers to literally step behind the white coat to glimpse these “shadows of white.”