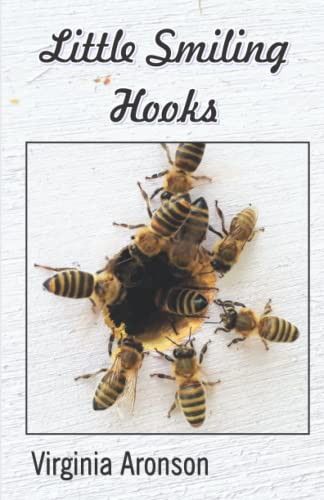 Aronson offers a variety of free verse poems in her new book. Images loom in an aura surrounding the reader that provokes a response.

Aronson offers a variety of free verse poems in her new book.  Images loom in an aura surrounding the reader that provokes a response.  Good poems make you want to think, discuss and to share.

Poems cover a variety of subjects such as family tragedies, the seasons, the tale of Little Red Riding Hood and the Big Bad Wolf, and cooking and more.  Of course, there’s much to be gleaned and savored from each line.

Aronson squeezes so much into each verse.  Each one is packed with plump eruptions of words put together in this writer’s voice.

From the poem “Everybody’s Way of Life”:
“Hunched at the typewriter in the clinic
on the same dingy gray hall
of the very same psych ward
where she once sat frozen, lost
electrodes sparking her skull,
she looks up only to speak
to women in torn housedresses
hags without teeth, pimpled youth
doing the Thorazine shuffle and she feels
better in such community, less alone
her moods adrift as ever, moon tidal.”

Aronson is able to pull back the curtain and create a poem of her own.  She is able to let go and hit close to home.

These poems seem to spring from the poet’s own experiences, or ones she knows about, or has read about or perhaps researched.  While this is not a themed book per se, the way the poems are arranged in the book strikes a resonance of sorts between them.

The lines have a good sense of form.  This helps to connect the ideas, and to emphasize them as well.  The book as a whole will challenge the reader.

From the poem “Diary of a Suicide”:

“Mornings for making magic
pulling words from a hat”

The poems are striking.  The lines come in almost a fluid rapid succession offering a vivid combination of visuals.

There’s a raw edge to these poems.  But, they are important poems to be saved and referred to later.