The National Gallery By Jonathan Ball 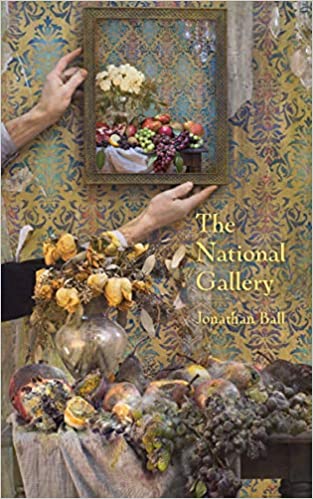 The National Gallery By Jonathan Ball

This book explores what is art. The poems are free verse and prose. Ball is quite a capable poet.

This book explores what is art.  The poems are free verse and prose.  Ball is quite a capable poet.  From the poem “Wing Machine”:  “Make me the poet laureate of Hell. / Writing will still hurt, but I’ll know why. / After these little deaths, when big I die, / Grant me Virgil and a frozen lake.”  His language fits each verse perfectly.  The book uses as variety of approaches to consider the theme in each section of poems.  A line from the book: “Maybe someone will read this poem!”  These poems work together as one, they are a gift!

Jonathan Ball is an award-winning author of dark, experimental artworks. He holds a PhD in creative writing and uses an analytical approach to show serious writers new ways to write, edit, and work so they can create innovative art that stands taller than the crowd. He is the author of numerous books, including Ex Machina (Book*hug), poetry about how machines have changed what it means to be human, Clockfire (Coach House Books), 77 plays that would be impossible to produce, The Politics of Knives (Coach House Books), poems about violence, narrative, and spectatorship, and winner of a Manitoba Book Award, and The National Gallery (Coach House Books). Jonathan also published John Paizs's Crime Wave (University of Toronto Press), an academic study of a neglected cult film classic, which was launched at the Toronto International Film Festival and also won a Manitoba Book Award. Jonathan has also directed short films, (including Spoony B, which sold to The Comedy Network), served as the managing editor of dANDelion magazine, and founded the literary journal Maelstrom. In 2014, Jonathan won the John Hirsch Award for Most Promising Manitoba Writer. He lives online at www.JonathanBall.com, where he writes about writing the wrong way. Jonathan currently lives in Winnipeg.