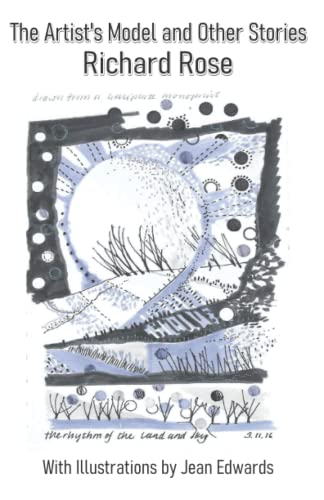 This book consists of 20 plus stories. Each one is told with care and is a detailed invitation into another world, so to speak. His work is determined and intense. He successfully crafts each story in such a way that the reader will be absorbed in each moment.

Richard Rose has put together a superb as well as interesting collection of stories.  According to his introduction, he has been immersing himself in stories by listening to them or reading them since he was a child.  Rose states “Maybe the relationship between fiction and reality is far closer than many would wish to admit” and “the imagination of artists, musicians and writers have played a central role … in encouraging others to interpret the complex and often chaotic world in which we live.”

This book consists of 20 plus stories.  Each one is told with care and is a detailed invitation into another world, so to speak.

His work is determined and intense.  He successfully crafts each story in such a way that the reader will be absorbed in each moment.

From the story “The Lady with the Twenty-Five Letter Alphabet”:

The bookshop had been quiet for most of the morning but on hearing
the bell signifying that a potential customer was entering, Mr Hope
glanced towards the door. His instant recognition of the lady crossing
the threshold caused him to smile as he anticipated an opportunity to
engage in some light-hearted entertainment at the expense of Mr.
Pritchard, his new and very willing assistant.

Summoning Mr. Pritchard from where he was carefully arranging
a display of the books recently shortlisted for the Booker Prize, Mr.
Hope informed him that an important customer had just arrived at the
shop and that he would require his assistance for the next few minutes
in order to ensure that she received the best of service. As he did so he
nodded his head in the direction of the lady who had commenced to
browse through books on the history shelves just inside the door. Mr.
Pritchard, following the clue provided by his employer turned his attention
to the lady indicated and uttered what he hoped was a barely audible
“good grief.”

Rose writes with beautiful imagery.  Each story perfectly captures the feel, the place, the voice of the tale being told and the characters in them.

He also incorporates a realism into them.  He is able to write in such a way as to convey the local atmosphere, the way the characters speak, and so much more.

Rose shapes his characters into a real presence.  He fully engages in the story he is writing giving each one a sense of purpose and place thus creating a realism that often comes across as perhaps having really happened.  Good story building helps a good story to emerge and Rose is able to do that very well.

His approach seems familiar and is reminiscent of what some might say is old fashioned storytelling.  But this is the best kind of story to read, one with a beginning, a middle and a end and a reason for its existence all the while serving as a form of entertainment for the reader.

The book is accompanied by illustrations by artist Jean Edwards.  They fit well with each story they are included with.

This book of stories is satisfying because it creates a personal atmosphere in each one.  Rose is a gifted teller of stories indeed.

The passengers are listed alphabetically, followed by their seat number. It has been many years since your reviewer has flown and I readily admit it took me a couple seconds to realize what the designators designated.

The Gentleman Lion and Other Stories -- by Martin Jones

This collection of eleven short stories by Martin Jones, is a delight to read. The stories are literary, with hints of genre in some of them. Each story is different from the others and cover ground from chance Meeting the Payzaks on a flight to Vegas with a stop off Waiting for the Assassins to the last and title story of facing your mortality and destiny.

Stories that seem true or maybe even memoir make up this winsome and often dark turn of tales in this new offering by Moore.