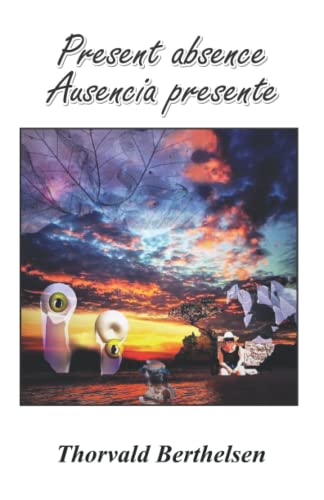 Berthelsen presents a poetry book translated into English but also translated into Spanish.  This makes it a unique manuscript.  Sometimes, it is exciting or fun to look at a poem you’ve just read in another language that you may or may not understand to see word similarities, or if the meanings of each line seem the same or not.  And, it’s even better, if you can speak both or all the languages of the poetry book you’re reading.

The author uses gripping text to start off his book with the first poem.  It is called “The eruption of the glass wing.”  It seems to be a poem dripping in moments of time.  The visuals are simply striking.

Many of the poems in this collection are haiku.  It takes a skillful poet to use brevity required in a haiku, so to speak, in a poem.  He writes about stars and swans, home inspections and winter and aroma, autumn and frost and various other ideals or subjects in these well-crafted shorter poems.

What absolutely shows his talent as a poet, is his combination of prose with a haiku or two to form a rather original type of poem.  It is not something this reviewer has experienced before – it’s always neat to see a new way of writing a poem on the page.

From the poem:  “Glowing lava in icy darkness”:
“The car slides through power outages in Mobergs emigrants and
Emil from Lönnebergs Småland, while needles of the pine branches
creep along the side of the car on the way to Åfors' promises of
open faces, cottage herring and a home's glowing oven heat.
Under Shrove Tuesday’s
mask the breath is held as
snow that fell last year”

A prose poem including haiku is almost like have a double poem, or two poems in one.  This is a nice deviation from the other poems in the book, as well as a good complement to them.

His lines from other haiku include ones such as:  “Help does not arrive / to the end of the rainbows” and “In the midnight sun / insomnia shadow runs out.”  He is able to contrast so many different thoughts expertly.  This book is certainly one of insight and reflection.  In the postscript to the book, the author goes into detail about haiku, the origin of it and how he came to write it.  He includes his debut haiku, “Glass Moon,” as well.

The ending haiku in the book is called “Nature of the journey.”  Its opening line is “The liquid sun.”  Berthelsen offers up  wonderful beginning and end to a remarkable trip into his poetic world!