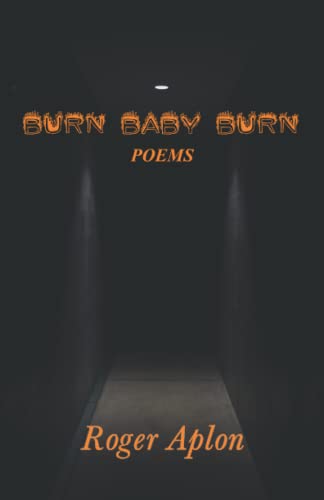 Poetry, in company with all art forms, has often been seen as a powerful means of expressing dissent or providing a critical commentary on current events and society as a whole.

Life and the world with all its flaws portrayed through art.

Poetry, in company with all art forms, has often been seen as a powerful means of expressing dissent or providing a critical commentary on current events and society as a whole. Percy Bysshe Shelley in his excoriating poem “England in 1819”, castigated the British Monarchy and their representatives following the massacre at Peterloo, while in similar vein a hundred years later, W.B. Yeats launched a verbal attack on those who resorted to violence to put down the 1916 easter rising. Both recognised the power of words to effectively express the mood of the day and thereby extend their following.

The Spanish civil war, portent of the far greater conflagration that followed in its immediate aftermath, led to the production of some of the most significant art of the twentieth century, from Picasso’s masterpiece Guernica, through the novels of Ernest Hemingway and Arturo Barea, the memoirs of George Orwell and Laurie Lee, the photography of Robert Capa and of course, the poetry of Antonio Machado and Miguel Hernandez. These artists each continued a long-established tradition of commentary on critical events impacting the world, and in particular its most vulnerable inhabitants; a process continued today through the creative endeavours of artists such as Ai Wei Wei and the poets Franny Choi and Dorianne Laux who have focused on the destruction of the environment and its impact upon all life forms.

The critical analysis expressed through much of this latest collection from the American writer Roger Aplon is immediately evident through much of the work it features. As such it builds upon the inheritance of earlier artists such as those mentioned above. From the opening declaration of outrage against the macho posturing and environmental vandalism of Brazil’s President Jair Bolsonaro in the titular piece ‘Burn Baby Burn,’ which mourns the loss of the precious fauna and flora of the Amazon, it is possible to discern a writer whose anger is palpable. Though this is not intended to suggest that the obvious angst within the work is not founded upon a reasoned response to the world. Indeed, the craftsmanship evident throughout the book provides adequate evidence of a considered interpretation having been given to both current and recent events.

The initial Opening pages of Aplon’s collection can be read as a litany of grief for those who have suffered war, persecution and environmental degradation. All of this interspersed with a healthy scepticism about the ability of politicians and leaders to accept responsibility for the chaos that has come to characterise the early years of the twenty-first century:

The bearer of the cup cannot be trusted.

Who will nurture the buds of spring?

Aplon poses an apt question to which you may rightly anticipate he does not expect an immediate answer.

Some of the finest writing in this collection references the work of artists, and in particular those who witnessed and reported the suffering caused by war and natural disaster. This book builds upon an earlier collection ‘After Goya’ (Cyberwit 2021) but has a more dystopic feel that perhaps reflects a growing mood of despondency in the writer. The prose poem ‘After Otto Dix 1891 – 1969, An Exhibition,’ captures both the mood and the style of the troubled German painter and print maker. In language that is often visceral he aligns himself with the obvious distress that pursued Dix throughout much of his life. As he states in reference to the exhibition:

added an oil of the dancer Anita Berber with her sable wrap, pet monkey

& a silver brooch packed with cocaine & another, the desecration of

Flanders, where the dead float in stagnant pools & the living resemble

Aplon’s reflection on the work of artists is present elsewhere in this book (for example “Ask De Kooning). I recall seeing the Glacier Melt series of pictures by the Icelandic artist Olafur Eliasson at Tate Modern in London a few years back. I was not surprised to find Aplon expressing empathetic words for Eliasson’s commitment to recording the erosion of northern landscapes. I am far less familiar with the work of the American avant-garde composer George Crumb and perhaps this is in part why I found the Makrokosmos series to be the most challenging read in this collection. The piece feels experimental (and there is nothing wrong with this) and at times I felt similar to when I have explored the works of Ezra Pound, who I must confess to finding particularly difficult. It is clear that Roger Aplon enjoys playing with both imagery and the imagination, falling into passages in a form of stream of consciousness admired by the twentieth century modernists. There was much I found to be of interest in the structure of Makrokosmos, a piece to which I am sure I will return.

A series of poems under the sub-title “Origins, Epiphanies & Reflections” presents a more eclectic range of poems. The change of seasons has inspired many poets from Keats to Ted Hughes and Aplon’s ‘Summers Fade to Fall . . .’ which opens with the lines

blossoms, the bellicose trumpet vine that erupts in a cacophony of wasps

& bees, that tense but tender liaison with Jolene in the hayloft all

appears almost wistful, with a sense of longing for what might have been lost in a significant relationship and the good times past. This mood is continued in ‘From My Terrace’ and ‘Swallows’ in which I sense the writer finding security in the familiar with his descriptions of the seemingly commonplace expressed with imagination and affection.

If I was asked to identify a favourite piece from this collection, I would probably nominate ‘Woman of The Woods.’ Once again inspired by the work of an artist, in this case the sculptor Maria Lago, Aplon deftly interprets the mood of the image of a woman created by the artist;

She seems to wrestle with the risk something or someone

will come to challenge her dedication.

has her bent, incites her hair to mask the geography of her face.

A disguise? Or, is it muffled pride, a reflection

of a sacred oath she’s made?

In the final section, “Escapades,” the writer returns to prose poetry to explore ideas and interrogate the events both commonplace and exceptional that challenge what it means to be human.

If there is a thread that runs through “Burn Baby Burn,” it is a declaration of both the frailty of mankind and the ability to rise above the chaotic world that we seem to have created. Readers in search of a comfortable read may chose to ignore Aplon’s collection. Those who decide to venture into the pages of this volume will be challenged to question much of that which may commonly be held as true. Therin they might well find their reward.

(Richard Rose’s collection of short stories and essays from India, “Breaching the Barriers” was published by Cyberwit in 2022)