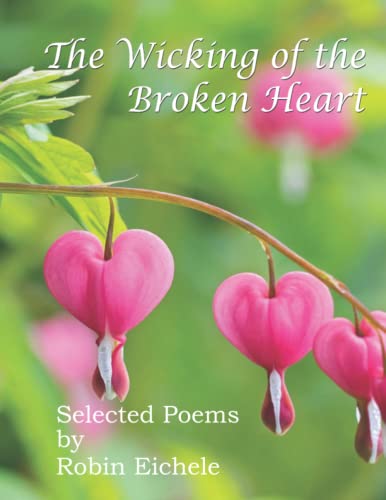 This collection is a poetry book in 3 parts. It’s indicative of how the overall book will shape up based on the parts the poet divides it into as the groupings themselves can be used to enhance surrounding poems.

This collection is a poetry book in 3 parts.  It’s indicative of how the overall book will shape up based on the parts the poet divides it into as the groupings themselves can be used to enhance surrounding poems.

The poet himself says “the poems come through me and I assume responsibility for transmitting them to the best of my ability” and “sometimes the poem is born walking and talking. sometimes it is a vapor seeking its animation.  sometimes it is fully rehearsed for witnessing. sometimes guardian angels attend. sometimes musicians join the parade” in his own introduction of giving credit where credit is due in writing his poems.  Inspiration is a funny thing as you have to recognize it and then use it to the best of your ability.  Eichele certainly does this in his poetry book.

The first poem is an invitation to the reader.  How welcoming!  We as poets and writers should be inviting readers to read us besides all of us simply reading one another’s works for a blurb on the back of a book, so to speak.  Here’s his invitation from the poem “personal”:  “you are invited, yes, you, the reader of / these words I know you are there and you are not being / ignored / I have a place for you in the pocket / of the poem where it will keep you safe”.  An absolutely brilliant way to open up a poetry book!

Eichele seems to be able to step outside of himself to write relatable poems that can speak to any reader.  He writes like he’s a poetry guide.

From the poem “the end of the glass”:

Eichele’s poems are light as air, but surprisingly deep with many layers.  Each poem is carefully constructed and softly shaped.

He has the right instincts to show you what is below the surface of each poem.  His words come together as if they were meant to be.  That’s certainly a refreshing way to write (and to read) poems.

The book contains a mixture of mostly free verse and some prose poems.  They touch on a wide variety of subjects from NASA to snowshoes.  Eichele feels free to write what he wants to express and that’s a good thing.

Each section also contains a unique print by Print by Stephen Ligosky to introduce it.  Plus there’s another Ink Painting by Ellen Phelan.  These prints and the painting elevate the poems and the book overall.

From the poem “Free-range Poet”:

Eichele’s voice ripples throughout each verse.  He is skilled at turning his words into powerful visual images.  He breeds letters into words into poems – and that’s magical writing!

~LB Sedlacek’s latest poetry book is “Ghost Policy.”  She is also the author of the poetry collections “I’m No ROBOT,” “Simultaneous Submissions,” “Swim,” “Words and Bones,” and “The Poet Next Door.”  Her non-fiction books include “The Poet Protection Plan,” “The Traveling Postcard,” and “Electric Melt.”  Her short story collection is entitled “Four Thieves of Vinegar & Other Short Stories.”  www.lbsedlacek.com