The Absence of Marie by William Doreski 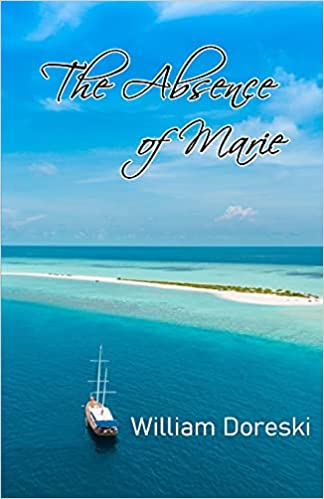 The Absence of Marie by William Doreski

The Absence of Marie

His images seem familiar.  They are subtle, but also very real.

The title poem shows how gifted he is at crafting a poem.  It’s about a woman, Marie, gone missing, and why.

From the poem “The Wrong Season”

over the Peterborough Hills

I count my steps to a thousand

and then another thousand.

I picture my abandoned carcass

discovered by hikers next summer,

a tatter of wool and bone.”

Doreski’s visuals are startling.  They take you into reality, and back out again.  His poems are brave.  They pull you in so you want to read more, know more.  His poems are alluring.  Themes and subjects offer a wide range from Orange County, California to someone shooting pool.  He makes good use of titles too.  One of my favorites in this book is this title:  “Drinking Tea with Ezra Pound in Venice.”  That would be quite some kind of tea time!  From the poem, “I could’ve been drinking tea / with Ezra Pound in Venice…”

These poems are the sort of thing built on imagination.  But they are the kind of poems with a good flow.  The poems are written in free verse and/or prose.

From the poem “Frozen Charlottes”

“While my partner tends to her ripening clichés, I wander about

the shop. A silver-plate tray of Frozen Charlottes. Soaps from

Sweden and France. Pillows embroidered with flowers of

indeterminate species. Paintings by a local artist I despise for his

supercilious little beard. I slump into a cane chair and pretend to

doze off. The shopkeeper, alarmed, waves a fifth of expensive

small-batch bourbon under my nose. Too early for me, but my

spoiling my liver. I accept a modest dose and sample it….”

This poem is captivating.  It’s like a story within a poem.  The poem is compelling as are the rest of his poems in this collection.

Several of these poems were published in journals elsewhere.  There is a huge depth to each poem.

From the poem “Penguin Races”

“Lining them up is difficult,

since they waddle absently

in several directions at once,

and refuse to face the right way.”

Doreski is a masterful poet.  He is able to bring his poems to life!