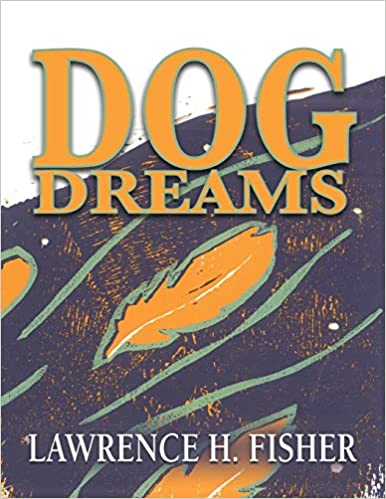 A poetic collection accompanied by a glowing portrayal of nature and dreams is the so-called Dog Dreams. In tunning his poetry with flashy imagery, the poet is simply perfect.

A poetic collection accompanied by a glowing portrayal of nature and dreams is the so-called Dog Dreams. In tunning his poetry with flashy imagery, the poet is simply perfect. Lawrence's fascination with natural elements like a storm, wind, mountain, weather, etc. is evident in his poems and induces an exquisite appearance of the book. Poems such as Umbilical Tornadoes and Bearing Straight reveal the poet’s astounding extent and vigour of imagination.

‘Everything dreams’ is quite a deep thought on a first read but after reading the poem Everything Dreams one’s perspective could be changed and forces the one to visualize the world from different aspects. Dreams of trees, promises, cars, days, death, and poet’s dog mark that dreams don’t need a spirit to raise.

is a second Spring

The poet aptly tries to convey the message that during the autumn weather each green leaf turning into yellowish orange which seems more like a flower and loses its existence as a leaf.

The title of the poem What Can I Say? seems to be ironic as the poet says, “i never melt,

everything that moves is frozen in marvel”, which is quite inspiring and it reveals that he has deep insights and beliefs but still, he asks “What Can I Say?”.

Storms whenever come they are escorted by furious rage as well said by Lawrence in Storms Come. “Storms come/washing away earth” emphasizes rain which makes the soil wet and washes away the topsoil. The poem pervades the petrichor scent in the reader’s mind removing out all the worries.

The style in the verse is pretty simple and devoid of any artificial vocabulary. This poetic collection will undoubtedly attract all readers due to the fact that the poems are full of great depth and simplicity. Having some poems in Spanish is great indeed for the Spanish readers. I wish this book may reach the highest benchmark and it is worth buying such a book.