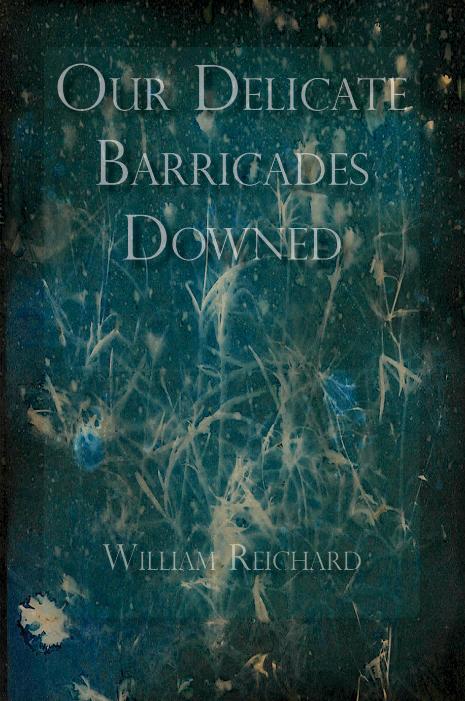 Something for Which There Is No Word opens up with veracity as the fluttering of thin muslin cloth curtains cannot be well stated than saying that they are fluttering. A word used for butterfly’s wings has to be used here and the poet is quite convincing about the fact that in another language we have a word for it. In the last line again an important fact in an artistic way has been well said by the poet.

Something for Which There Is No Word

The thin white muslin curtains flutter in an early spring breeze. How odd our language is, that we can say cloth moves in the manner of a butterfly’s wings. But there is no better word. Perhaps in another language.

In Curtain of Rain, a glowing imagination close to reality elates the reader. Including clouds, rain and a field tend one to imagine outside the urban area and the one gets immense peace. Including that air is filled with the scent of the rain typically means petrichor (the scent of the rain) which is smelled before the rain makes the reader feel the pleasure of before the rain by reading this refreshing poem.

Standing at the edge of a field in summer, I see it: a wall cloud. It bears an air of architectural grandeur. The air fills with the scent of rain before rain begins, and the sun shines almost brilliantly, a last great blaze before it’s lost in the churning gray. Daylight fades. The rain’s wall moves so swiftly. Quick! Into the old barn’s doorway! The curtain of rain crosses the yard and I witness that moment when it moves right over me, bifurcating the world into all that’s wet, and all that’s dry.

Séance is unlike other poems as the theme revolves around spirituality and showcases true facts about death. The poet tries to out bring the life of another world which is full of loneliness but is not torturing. The poem is quite mystic and a bit horrifying when the poet mentions “One evening, by myself, I saw a pale white form on the stairs.” Moreover, the poem on a second read seems to state that the pain is in both worlds but quite different from one another as death leaves us with nothing but silence.

If there was a way to talk with you, I don’t think I’d use it. Titillating,

the notion of communicating with another plane, my voice finding

your voice in a vague celestial space between one world and another.

But frightening. The gift the dead give us: silence. We claim we have things to say, apologies to make; we know it can never be, so we talk big.

Many of the poems from this glistening collection have deep intuitions of nostalgic memories and the virtues of different weathers. No doubt William’s fascination with natural elements is quite evident throughout the book and reveals his wondrous visual imagery. The naturalness, the subtlety in his thoughts, the clarity, ease and fineness in his poetry writing style will be adored by the reader. I wish this book may elate every potential reader of it and the book may get the deserving support from the readers. All the best William!

William Reichard's seventh book, Our Delicate Barricades Downed, was published by Broadstone Books on April 1, 2021. Reichard is the author of six previous collections of poetry:The Night Horse: New and Selected Poems (Brighthorse Books, 2018);Two Men Rowing Madly Toward Infinity (Broadstone Books, 2016); Sin Eater (Mid-List Press, 2010); This Brightness (Mid-List Press, 2007); How To (Mid-List Press, 2004) was a finalist for the James Laughlin Award from the Academy of American Poets; and An Alchemy in the Bones (New Rivers Press, 1999) won a MN Voices Prize. Poems from This Brightness and How To have been featured on NPR’s “Writers Almanac.” He has published two chapbooks, As Breath in Winter (MIEL Books, 2015); and To Be Quietly Spoken (Frith Press, 2001) and edited The Evening Crowd at Kirmser’s: A Gay Life in the 1940’s (Univ. of MN Press, 2001). Reichard's anthology of fiction, poetry, and nonfiction, American Tensions: Literature of Identity and the Search for Social Justice, was published by New Village Press in April 2011.