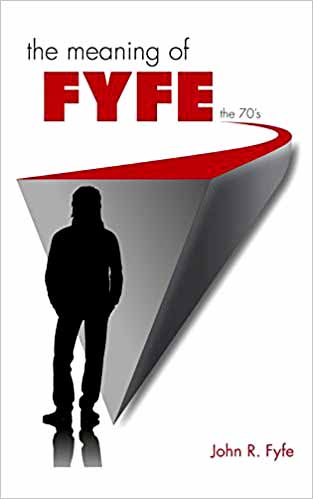 This novel is a very good read.

This novel is a very good read. The main story opens at a psychiatric institution in Canada in the 1970s, and includes many recognizable associations with the youth of “my generation” – i.e. the hippie generation – at its peak. At times humorous and inane, but always written with an underlying mindful sobriety (no, dear Reader – the story is not devoid of drugs, sex, rock ’n roll, alcohol and other fun and debauchery we well remember from those years), this book underscores the difficulty of separating one’s own “at once changing, and yet unchanging” identity from that of our environment — thus creating a perfect arena for understanding life itself as perhaps just another imitation of stories on a ferris wheel or merry-go-round … churning around and around. When is the moment to jump off and make a change, and how significant will those changes really be?

The author exhibits many first-rate qualities as a writer, including his superb attention to story construction and his meticulous literary craftsmanship. He does not stumble with his language, and the storyteller “voice” is both believable and engaging. In addition, the author includes introspective passages which shine like jewels – because of their truthful simplicity and their simple truths. Here is one example:

“I felt good vacationing from my life, which was becoming far too complicated and confining for my liking. I felt trapped in my environment, but was still attached to my friends and our lifestyle. It was one thing to be cool and get high, but I preferred meeting people I didn’t know, who were more open. What I wanted, without really knowing it, was to explore who I was by being with such people. I could be whoever I wanted, without being judged or put down by my gang of friends; criticism was their defence against a scene that made them inwardly fearful and uneasy. I liked being with my friends and partying with them, but ultimately I’d always felt the need to escape them.”

And here is another:

‘Who’s really crazy in this joint?’ I asked myself. ‘You have a staff member pissing in a batch of soup while others screw patients in the swill room. At the same time you have so-called insane people knowing irony when they hear it. And then you have Carol, who is completely blind but possesses a sixth sense, knowing precisely when your thoughts are somewhere else. We then have the Jack Steeles of the world, creeping up stairwells, hoping to catch fellow workers not working so they can write them up or suspend them, just waiting and hoping to catch you slacking in this loony bin, taking a minute off from wiping up other people’s shit and piss.’

This book is much more than a “feel-good” novel. It incites reflection and acceptance of the mores, traditions, behavioral values and mindsets across decades and generations, allowing us to relive the way “it was back then” and still remain convinced of our present “more sophisticated” perceptions. But was one era really any better than another? How is one’s changing individual personal identity – in fact – dependent upon our social and environmental identities, and their capacity for growth in complementary directions that match the new “I” and “we”, at any given point in time? Not all aspects of our individual and group realities are personally created or co-created with intent, as much also involves adapting and reacting to unforeseen circumstances that may have been out of our control. And finally, how much are our personal identities and behavior patterns founded upon and restricted by culture, social politics and mores of the era, and by our generational social DNA?

We are constantly making decisions regarding what parts of our identities we retain and build upon, and which aspects and persons we leave by the side of the road. These identities and their expressions are not always easy to change or to let go of — even though voices in our heads or perhaps other individuals or institutions in society may try to convince us that we should force a restart or an about-face. In many ways this novel is a “road trip” novel, but here the road is the path of life … and the vehicle (the Self) is not always in control.

Is “The Meaning of Fyfe” by John R. Fyfe, truly a novel, or is it perhaps really a fictionalized autobiography? While it may be tempting for the reader to speculate on which stories may be real life ones, as well as the possible or probable degrees of embellishment or fictionalization, that indeed would be a rather useless occupation. Let’s be honest. This novel is about you and me — for some of us it may perhaps be about what was or what could have been in our own lives, or in the lives of someone we have known or heard about; but it is more essentially about the vocation of being human … and of living and dying with the consequences of how we handle the deck of cards on the table.

It certainly took insight and courage to write this story. And it takes a good deal of both to read it, own it and to “relive it” through the author’s eyes.