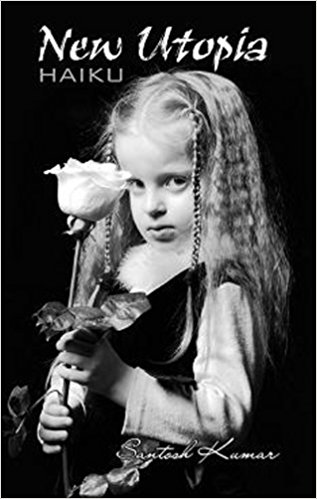 Much has been written regarding the history, form, essence and literary regulations of haiku-writing. I would here present the premise that effective artistic communication has little to do with limitations, but rather everything to do with the author's s

Much has been written regarding the history, form, essence and literary regulations of haiku-writing. I would here present the premise that effective artistic communication has little to do with limitations, but rather everything to do with the author's success in engaging the reader in a «pas de deux» which elicits subjective experience and endless co-creation. In common terms, I am referring to the dialogue between writer and audience .. more than a lone author's soliloquy or performance, but rather an invitation to dance, an admonishment from author to reader to remember one's own dreams, perceptions and experiences, and to use the author's expressions as a "kick-off" for one's own creative life process - thus, a secret shared between the author and each reader/co-creator; spiraling off in many directions, like the branches of a cherry tree: blossoming in symphonic echo; and at the same time expressing through the conscious employment of simplicity the most comprehensive yet rudimentary elements of universal truth and geometry, human experience and the wonders of nature (the most influential sensory building blocks affecting perception).

I would thus encourage writers and readers of modern haiku: firstly, to study the history, the critical literature regarding haiku-writing, and to acquaint themselves with both Japanese haiku and non-Japanese haiku in literary transition and transformation; and secondly, to step outside this understanding in order to freely create one's own form of haiku expression and modern expression suitable to today's psyche and literary needs. Why bother with acquainting oneself with the classical forms, only to redefine the parameters and forms of expression based upon contemporary interpretations of individual and collective consciousness? Because all purposeful new art expressions build conceptually, intrinsically and historically upon that which has been a defining set of perceptions and expressions, and then consciously choose to challenge and further develop perspective, tolerance and values. There are many examples of this in all art forms, from literature to visual art to dance to theater to film to music. You cannot fully communicate why you are going where you are headed without having some sense of where artistic expression, your culture, and you as a personality have been. At the same time, the artist must on some level find an appropriate mixture of planning, purpose and craftsmanship together with spontaneity, multi-dimensionality and "plasticity". By plasticity I refer to the artist's ability to elicit multiple understandings in the individual readers; enabling each reader to relate to the work of art in perspective to his/her own experience, expression and life creative process.

Contemporary literature often mirrors other artistic styles and forms of expression that are popular today: in particular those that are free in form, economical in format, diverse and multi-dimensional/"plastic" in breadth and outreach. I would challenge modern haiku-writers to more consciously explore expansion of classical form and format beyond a constrictive and mathematical process of syllable-counting, but still echoing the more traditional references and inferences to nature, season, and sensory imagery. The mechanical process of establishing the quintessential «haiku moment» in each poem thus becomes transformed to a state of consciousness where the «haiku-moment» is expanded to expose the basic spiritual essence and aesthetic wholeness of the artistic work in its entirety; if you will, a slice of living perception .. vibrating and pulsating in syncopation with the higher Creative Self of the reader at any given moment in time and space. The "moment" is empty without a clear understanding of the "essence", and of the relationship between the "moment and the whole".

Such writing requires substance: both in terms of artistic maturity, and openness regarding understanding of human experience and the «natural» course of Life. It therefore requires a mastery which is both learned through study and experience, and also understood through innate artistic genius. The master haiku-artist is not a «translator», but rather a sieve through which all life essence flows incessantly; changing like the sands in response to the tides, and yet as "mystically stable and predictable" as the effects of the tides upon the Moon. This is the closest man can approach "truth"; an otherwise elusive concept which is both an abstraction and a personal understanding in the context of perception of the ever changing human condition and process.

Dr. Santosh Kumar has successfully shown that he has both a good understanding of the classical form and literary history of the haiku as an art form, and more importantly possesses the literary experience, expertise, sensitivity and dexterity required to update and further develop this classical art form in his own way - thus both ensnaring and enticing the reader to join him in his own contemporary pas de deux, expressive of the wonders and dilemmas of today's social, spiritual and psychological experience. This resonance in the reader/audience, together with the «magic» of boundless possibilities, is essential to the success and the survival of the artist's expression as a «living, and ever changing» organism.

I would encourage readers of this gem of a book to put away their musical scores and mathematical-literary formulas, to momentarily forget their guardianship of the more restrictive regulations regarding classical haiku-writing .. and even to attempt to avoid the perils of getting "stuck" in the search for the perfect «haiku moment», as that could possibly inhibit one's ability to recognize (and co-create) the essence of the poem. Furthermore, I would encourage the reader to try to see all poems in this book as being integral and connected parts of the entire artistic work. Although these individual works function quite well on their own, there is even greater "music" to be heard in discovering the silent transitions from haiku to haiku .. and experiencing the work in its totality: a comprehensive mural which rivals the frescoes of the greatest known and un-named painters from several centuries ago: yes, a haunting image dating from the earliest cave-dweller paintings on record to the Renaissance and Classical periods to Post Modern expressionism.

what a [hiding] place by Jean LeBlanc

Jean’s insights and visualizations derive delicacy from the environment, birds, and nature, and sloshes a solvent of beauty mixed with the solutes of delicacy, homogenously on every page of the book through her writings. In this collection, nature's secrets intimacies receive brilliance from natural sources: birds, rocks, rivers, insects and trees. No doubt the author’s haiku begin with emotion recollected in tranquillity; the emotion is contemplated till, by a species of reaction, the tranquillity gradually disappears and emotion is gradually produced.

Many years ago I went to view an exhibition titled “Hands”, a series of photos by Japanese artist Yasu Suzuka (鈴鹿芳康) a friend, and respected senpai. There were many large black and white close-up photos of hands in the prayer position, as well as many small color Polaroid photos of ordinary people, hands grasped in prayer arranged in various patterns. Reflecting on the show later I wrote in my journal: “only Suzuka-sensei, a Buddhist influenced conceptual artist, could pull this off, make it have meaning, and not be boring.”

Short poems or haikus are not for everyone, but there’s a lot to be said to be able to contain your poems in such a brief form. First of all, it takes skill to write poems short in length (but not in what they say). Plus, this is also formal poetry because it’s written in a form.